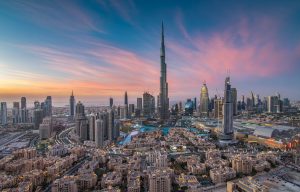 A royal mess up

From 2006 to 2008 Tri-Dubai was the first major professional triathlon team with a host of triathlon stars like Craig Alexander, Lisa Bentley, Cameron Brown, Tim de Boom, Joanne Lawn, Norman Staddler, Simon Lessing, Peter Reid and Heather Fuhr. Together good for 13 world championships titles. The project was abandoned with a change of ruler in Dubai.

Dubai emerged on the long distance racing scene in 2015 as Challenge Dubai and the first act of the $1,000,000 Triple Crown trilogy of Middle Eastern races. The professional men’s race ended in controversy when 5 of the male pros inadvertently had taken a shortcut. Terrenzo Bozzone (NZL), one of them, was still declared the winner after he incurred a time penalty, but Tim Reed lost 2nd place to Michael Raelert.
This mess may well have been the onset of Challenge Family’s demise in the Middle East, because from 2016 onwards it has been an Ironman 70.3.

Ironman is not immune to mess ups either. In 2019 the start mat at the rolling start failed! The event ended up with two sets of results and gave away double WC slots. Anything is Possible! 🙂