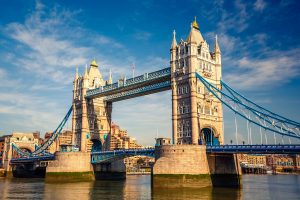 The triathlon event at the London Olympics was one of the most popular events of the Games. Great Britain had a very strong team with the Brownlee brothers, and people didn’t need to buy a ticket to watch the event along the route.

The Brownlee brothers animated the race from the start and delivered on their stature to take the golden and bronze medal. Only Javier Gomez could keep up and redeemed himself from his 4th place in Athens. Jonathan Brownlee’s chances for silver were diminished by a 15-seconds penalty for mounting his bike before the mount line. He served during the penalty at the second lap of the run. Alistair Brownlee, was very critical of ITU for ruining his brother’s chances for a silver medal and accused them of ruining the sport with their rules.

For spectators outside the UK, the Olympic Triathlon in London will be mostly remembered for the closest finish in triathlon ever between Nicola Spirig (SWI) and Lida Norden (SWE). It was a thriller! A finish photo had to be studied to announce Nicola Spirig as the winner. Although the Swedish team appealed, both athletes were pretty pleased with the outcome. Lisa Norden had been struggling with injuries for the past year and a podium place was something she had only dreamt of.
What has been a little lost to the story is that Australia won its 5th medal in triathlon across all Olympic Games with Erin Densham taking the bronze 2 seconds behind Spirig and Norden.

London is also the venue of the London Triathlon, another claimant of the world’s biggest triathlon for a few years. At its peak in 2015 it had over 13,000 participants. It started in 1987 in the Docklands.

London was part of the ITU World Triathlon Series from 2009 to 2015, after which the ITU event moved to Leeds. In 2013 they hosted the Grand Final. Javier Gomez (SPA) and Non Stanford (GBR) won the final and the series, claiming the World Champion titles.