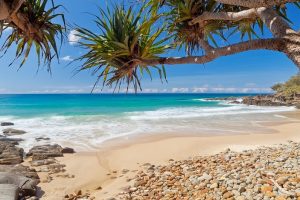 40km south of Noosa, Mooloolaba has made a name for itself on the ITU circuit. The triathlon festival that started in 1992, has since 2007 hosted an ITU World Cup. In 2009 and 2018 it hosted the Grand Final of the World Triathlon Series.

Some results for the geeks: