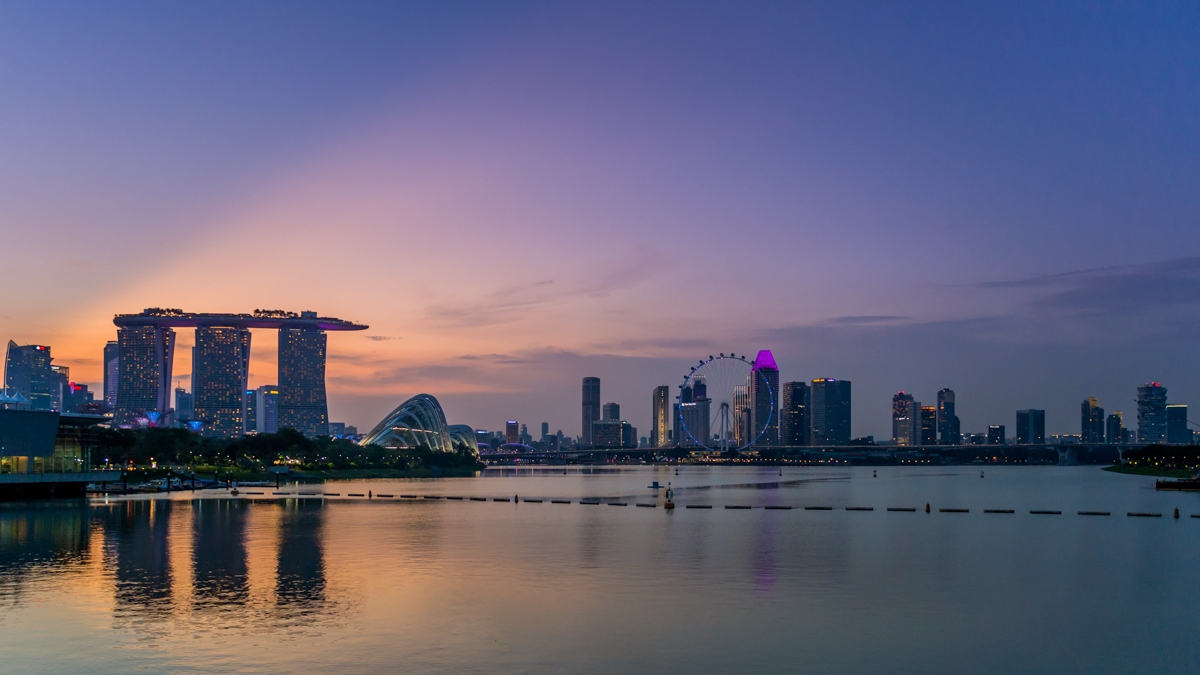 OSIM, Aviva and Meta –
the country of triathlon acronyms

Triathlon in Singapore goes back to (at least) 1984, when the Singapore Triathlon was  organised by the National University. The venue was Changi Point and the distance consisted of a 2km swim, 60km bike and 15km run. In 1989 the top finishers of this event qualified for Kona. This was all well before the Triathlon Association of Singapore was registered in 1992.

Triathlon really caught on with the masses in the noughties with the OSIM Singapore Triathlon, which ran from 2003 to 2011. The two-day event, that incorporated an ITU Asia Cup race for the Elites, claims to have reached 3,700 participants at its peak.

Around this time it was also when Singapore had its first Aviva Ironman 70.3 in 2007. The course in 2007 was exciting as athletes, although starting the swim at East Coast Park,the athletes were allowed to ride around and finish at Marina Bay (before MBS and Gardens By The Bay!). 2012 was the last edition and by that time the event had lost a lot of its shine (and government support).

The MetaSprint Series, which is nowadays Singapore’s biggest triathlon and multi-sport series, started in 2008. Initially catering only to the Sprint distance it quickly added distances for all ages (kids & youth) and abilities (discovery distance).

Like Singapore’s highways, full event names are hardly ever used in full. Mention that you were doing OSIM, Aviva and Meta is well understood to be the OSIM International Triathlon, Aviva Ironman 70.3 and the MetaSprint Series Triathlon.