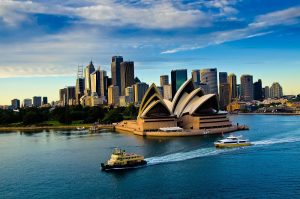 Triathlon’s grand opening at the Olympics

Triathlon’s grand opening at the Olympics

Triathlon was introduced to the Olympic Games at the 2000 Games in Sydney. The triathlon-mad country fancied their chances with triathlon stars Peter Robertson, Miles Stewart, Loretta Harrop and especially Michellie Jones – who had won both test events – in the team. Also New Zealand had an ace in play with Hamish Carter, ranked no.1 going into the Olympics. However, it was Canadian Whitfield and Swiss McMahon that peaked at the right moment and wrote triathlon history.

Trying to get Triathlon instated at the Olympic Games created two major shifts in triathlon:

1) the creation of the International Triathlon Union in 1989 and

2) the change to draft-legal racing for Olympic Distance triathlon.