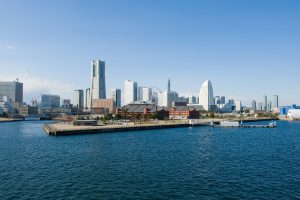 A triathlon in Japan was first held in 1981 and Ironman followed in 1985. Japan hosted the second Ironman qualifier (after New Zealand) outside the USA. With champions like Dave Scott, Julie Moss, Greg Welch, Paula Newby-Fraser, Heather Fuhr, Mark Allen and Lothar Leder it has a pretty impressive champions list.

The last Ironman Japan was held in 2015 and in between there have been some hiatus as the event was discontinued twice and re-started in a different location. A typhoon stopped the first series in 1997, foot & mouth disease the second in 2009 and the collapse of a bridge in 2015 killed it for a third time.

In 1999 Japan organised its first World Cup in Ishigaki (till 2013) and in 2009 Yokohama joined the ITU World Triathlon Series. Yokohama is the only event (with Hamburg) that has been part of the World Triathlon Series from the start. It is currently Japan’s most prestigious triathlon event. Vincent Luis (FRA) and Katie Zaferes (USA) are the reigning champions.

Japan is Asia’s strongest triathlon nation. Juri Ide (a 5th place at the Beijing Olympics) and Ai Ueda (Asian Champion 2019) are their biggest stars, but new talent has already come to the fore. Jumpei Furuya and Yuko Takahashi are the current Asian Games Champions.

Oscar Coggins (HKG) beat four Japanese athletes to the Asian Championships title in 2019, so it is not complete domination for the Japanese.